League Cup 1st round - Huddersfield (A) 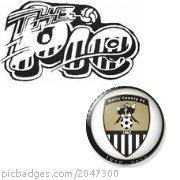