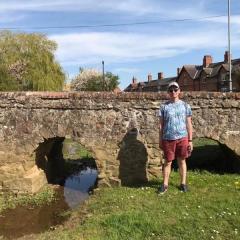 Alexlevy0908: Best and worst Notts County away days this season

For any football fan who's seen their team get relegated, one positive once you've got over the initial shock is to think about all the new grounds you can visit. And with Notts having previously never dropped down to non-league in their 157-year history, all these non-league grounds seemed like an exotic novelty to a Notts fan who travels home and away each week. So having completed half a season in the non-league wilderness, let's take a look back on the highs and lows of a non league away day.

Without question, I would have to list my favourite away ground that I've visited this season as Aldershot. Why did I like Aldershot's ground? Because it was the right mix of being an old school terrace, as well as a ground with a good atmosphere between home and away fans, which hasn't always been the case at the majority of non league grounds. Another terrace which I thoroughly enjoyed was Halifax, a large, retro terrace for away fans and an experience helped by the fact that Notts actually won! However, in terms of both the result and away day experience, then the best away trip this season would have to be the 4-0 win at Woking. From the slightly surreal yet friendly experience of drinking in the snooker club that was the only pub anywhere near the ground, to the cracking on the field performance from Notts, it was definitely the most memorable away trip of the season. Chants about "Our Danish chairmen" rang out throughout the game, as Notts put in a performance that established their challenge for immediate promotion back to the football league. Whether Notts genuinely have a chance of that promotion is a question for another blog!

My least favourite ground I've visited this season would have to be Sutton. The whole vibe of the place was quite weird; on the one hand the stewards and other staff at the ground were very posh and overly formal. On the other hand, I recall facilities at this ground being particularly poor and not up to standard. The fact that the game was poor didn't help, but there was no real atmosphere at this ground which made for a pretty unmemorable experience. Another away ground I didn't particularly enjoy was Eastleigh; a ground which while facilities were modern and up to standard, was just pretty bland and the result also contributed to a relatively unmemorable day. While I can't moan too much about Chesterfield away as an experience as we've been there before in the football league and the facilities are pretty good for this level, I must give a special mention to Chesterfield advertising that they were selling out of date beer at the ground. Thanks for telling all away fans that they should give that a swerve, I guess! Thankfully no matter how bad things have got at Notts, we've never stooped to that low.