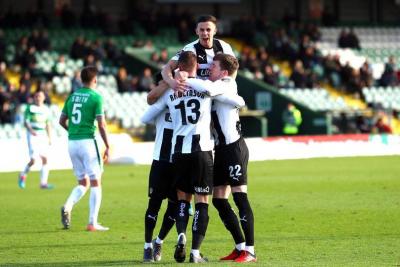 Notts County reached the quarter-finals of the FA Trophy after overcoming Yeovil Town 2-1 at Huish Park despite finishing the game with nine men on the field.

Connell Rawlinson opened the scoring in the seventh minute of the game before Wes Thomas was dismissed for raising his hands to an opponent shortly before half-time.

However, Notts were able to double their lead despite the numerical disadvantage, Kyle Wootton coming off the bench to net in the 70th minute of the game.

Courtney Duffus pulled one back at the end of a move which saw Damien McCrory sustain an injury which left the Magpies with nine men on the field for the closing exchanges.

Pride of Nottingham's ARLukomski was at the game - here is his take on the afternoon's events.