Dag & Red vs Notts - A bit of urgency lacking 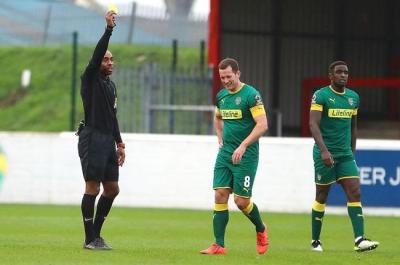 Notts County saw their unbeaten run come to an end as they lost 2-0 at Dagenham & Redbridge at the weekend.

The Magpies began brightly as Callum Roberts was denied a debut goal due to a fine save from Elliott Justham.

However, the hosts took the lead in the second half as Notts' defence was caught out on a set piece, a corner from which Alex Reid netted.

Michael Doyle was then dismissed as he was shown a second yellow card for a foul on Sam Deering.

Reid then wrapped up the win for the Daggers when Ross Fitzsimons spilled a shot and the striker reacted quickest to smash in the rebound.

Pride of Nottingham vlogger ARLukomski was at Victoria Road for the game - here is his take on the afternoon's events.