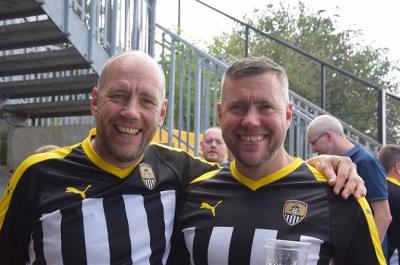 Notts County played their first home game of the 2018-19 programme at the weekend as they hosted Derby County in a pre-season friendly.

Magpies boss Kevin Nolan fielded a strong starting XI against the Rams, who have England and Chelsea legend Frank Lampard on board for his first job in management.

Things did not go quite to plan for Notts, as teenager Luke Thomas scored twice to send the Rams into a 2-0 half-time lead.

Former Notts loanee Mason Bennett and Tom Huddlestone were also on target for the visitors after the break.

Kane Hemmings netted a consolation for the Magpies from the penalty spot in what ended up a heavy 4-1 defeat for the hosts, who will have much to ponder following the encounter.

Pride of Nottingham was at the San Sirrel for the game and took plenty of photos of the Black and White Army. See if you're among the Faces of PON!

Share your thoughts about the game or the gallery on Pride of Nottingham by signing up to the website, visiting the forum and joining in the chat with hundreds of fellow Notts County fans.