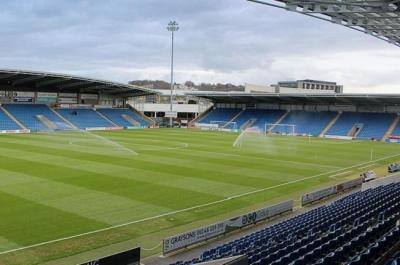 The hosts took the lead on 16 minutes Andy Kellett's corner was touched on by Drew Talbot and Sid Nelson chested the ball past Magpies goalkeeper Adam Collin from point-blank range.

Elliott Hewitt then missed a sitter before the Spireites doubled their lead through a poor clearance that was rifled home by Zavon Hines.

Notts huffed and puffed and laboured throughout the early afternoon but they put themselves within a goal of getting something from the game thanks to Dan Jones's free kick.

Despite the County goal and nine minutes of stoppage time, there was to be no salvaging of a point as Chesterfield went on to score a penalty in the dying moments of the game.

Should you, for whatever reason, wish to relive the key moments from the game, maybe as a reminder of when Notts bottled their season or a lesson in how not to play football, here are the highlights.