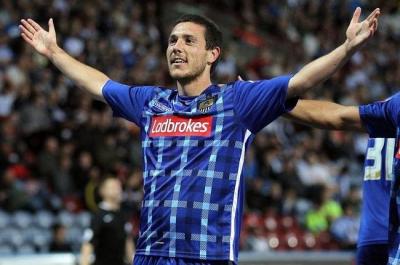 The love triangle between Liam Noble, Notts County and Forest Green Rovers was a saga that lasted for a big chunk of the summer, with multiple failed bids and a war of words between the clubs' chairmen, and it appeared settled when the Nailsworth club tied their captain down to a new contract.

But over the last week, it's emerged again and then exploded outright as Noble was ruled out through a medical issue, was released by mutual consent due to his desire to move closer to his family in the North East, and now he's been snapped up by the Magpies.

To say the whole saga and subsequent acquisition of the 26-year-old has been divisive among the fanbase would be an understatement.

Here, Pride of Nottingham has a look at some of the opinions surrounding Noblegate that have been shared on our social media pages.

As long as he has matured, he might be a decent signing

Hopefully will turn into a good signing but Noble seems like a snake to me... Talent doesn't match his ego.. Hope he proves me wrong.. 👍 👍

Great deal manager wanted him 3 months ago so he was part of this season's plans. That also means manager has 100000 to spend in January

Great signing in my view and if as seems he has matured could be brilliant signing, ideal replacement if Florist recall Grant as expected

See how he does, we can always release him but I bet he moans if he doesn't get to play.

I just hope it doesn't backfire, it's a huge gamble and a risky decision. He was never worth a 100k either, but let's hope it works well. 🙄

Share your thoughts about this fan reaction piece on Pride of Nottingham by signing up to the website, visiting the forum and joining in the chat with hundreds of fellow Notts County fans.