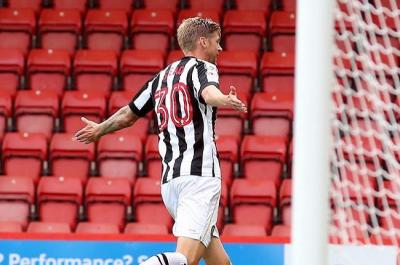 Notts County have claimed their second win in three League Two games after Jon Stead scored a late penalty to secure a 1-0 victory over Port Vale.

The Magpies had lost 1-0 at Swindon Town two days earlier but bounced back by beating a Vale side that had notched up wins over Luton Town and Coventry City over the festive period.

Kevin Nolan's charges had been denied several key decisions by the referee but still came up trumps when Marcus Harness's shove on Stead led to the awarding of a spot kick.

The veteran striker smashed the ball into the top corner, leaving goalkeeper Ryan Boot no chance, to keep Notts well in the automatic promotion positions.

Here are the highlights from the game, posted on the official Notts YouTube channel and shared by Pride of Nottingham.