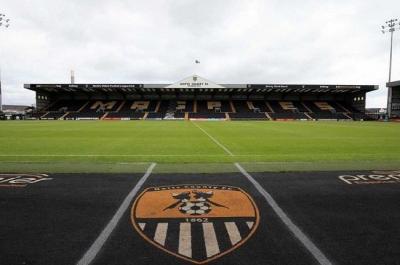 Notts County put in one of their best performances in recent years in a 4-2 hammering of Bristol Rovers in Friday night's FA Cup first-round encounter.

Although the Pirates powered into a two-goal lead early on at Meadow Lane, the hosts turned it around in swashbuckling style.

Ryan Yates' quickfire brace brought Notts level in the first half before Jon Stead and Jorge Grant completed the turnaround, though it could have been more for the Magpies.

Here is the reaction from Notts manager Kevin Nolan, several players, and the Black and White Army following the superb win over the Pirates.

“It was a magical night. I said the pressure was going to be off and it showed. We went 2-0 down and I was very disappointed to concede the goals that we did.

“But the reaction, attitude and application after that just showed our camaraderie.

“And I think some of our play showed just how hard we have been working in possession.

“What we have been doing on the training pitch we put into practice and I am delighted to be in the next round.”

"We were gutted with the first 15 minutes but we showed what we are all about after that. We showed our togetherness, our spirit and our quality.

"It was fantastic from the boys. We reacted brilliantly. Once we got it back to 2-2 there was only going to be one winner.

With some of the football we played in the second half and the chances we created, it could have been five or six.

"To beat a team from the league above, who will be comfortable at that level, shows how far we've come.

"If we can take that type of performance into the league I don't think many teams will beat us."

The players on social media

The Black and White Army

Elite_pie: Agreed, brilliant game and a brilliant performance, also a great atmosphere created by the smallish crowd. We were all over the place defensively in the first 10 minutes but kept battling, and created enough chances to have gone in ahead at half time. Every player gave their all, there wasn't a single poor performer in black and white. Great stuff Notts, best tenner I've spent in ages.

Bryan Morph Morphus: What can you say?? Everything we fans need to see from a player, we got. Every one of them put a shift in. Absolute perfection....well, we could have scored a couple more but I'm not greedy!

Nicola Buxton: Fooking fantastic come back from our sexy pies...

Adam Driff Driffill: After 15 minutes. I wrote us off. Never do that again. Great result, I'll raise my drink!