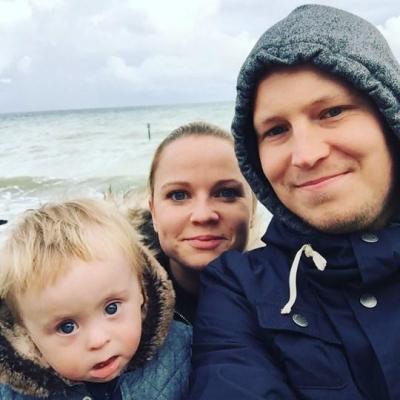 When Robert Jackson's second son, Oliver, was born in 2015 and was diagnosed with Down's Syndrome, his father was unsure what services were available out there to help Oliver get the best possible start in life.

A fellow parent then suggested the Rutland House School for Parents, and since then Oliver and his family have never looked back.

The SFP began life in 1978 as the Rutland House School. Originally based in Mapperley, it was part of the Scope charity network and it aimed to care for older children and young adults with cerebral palsy.

Since then the SFP has grown exponentially as it hit several milestones and added more duties and responsibilities to its mission.

In 1981, it began helping parents of young children with varying forms of motor disorder. In 1986 its new nursery opened and saw 60 families attending its various sessions.

The 1990s saw the SFP become international as professionals began training at the original premises and school were established as far afield as South Africa and Pakistan, while a network of SFPs also began forming in the UK.

By 2000 there were 40 SFP schools for parents helping hundreds of children and their families across the nation, and in 2001, it became an independent charity as it continued to grow over the years.

In 2011 SFP moved to its new premises at the Iona School on Sneinton Dale, and on 17 July 2012, its celebrated its 10th anniversary of being an independently registered charity and increased the services they offer to include supporting older children with communication difficulties; supporting transition to school; and offering outreach for families.

Since starting his journey at SFP, Oliver's development has come on significantly. They have supported him in learning a range of skills from learning to pull himself to standing, self feeding and using a cup with a straw.

SFP also gave Robert and his partner Stacey the confidence to practice the techniques used at their sessions at home. On a daily basis they sing the songs with signs they have been taught and as a result, Oliver has engaged and begun signing back.

Oliver's development has not only been noticed by his family, but also by other educational and health agencies that are involved in Oliver's care.

Due to the help, support and advice Oliver's family has been given through SFP, Robert has decided to pay the goodwill forward by fundraising for the school.

He will be running four half-marathons over the next few months, starting with Coventry on Sunday 19 March followed by Lichfield on Sunday 7 May, Ashbourne in July (date to be confirmed) and finishing with Nottingham's very own Robin Hood half-marathon on Sunday 24 September.

SFP's work has proven a godsend not only for little Oliver, but also for his family, who get the incomparable pleasure of watching their son grow, learn, prosper and have fun under the tutelage and supervision of the best possible teachers and carers. And you can't put a price on that.

And this amazing work extends to hundreds of other families across the UK, whose lives have been changed for the better thanks to the SFP.

To donate to this worthy cause, simply visit Robert's JustGiving page by clicking here.

Donating through JustGiving is simple, fast and totally secure. Your details are safe with JustGiving - they'll never sell them on or send unwanted emails. Once you donate, they'll send your money directly to the charity. So it's the most efficient way to donate - saving time and cutting costs for the charity.