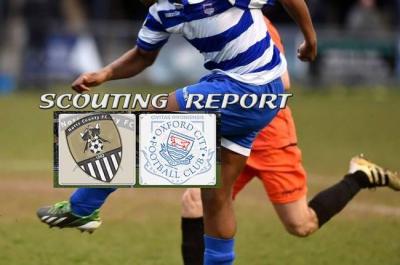 Notts County's League Two campaign gets put on hold for a week as they host National League South side Oxford City in the second round of the FA Cup.

With the game on BT Sport, the stage is set for the Magpies to try and reach the hallowed third round of the competition, but City have made it through four stages to get here, including a win over Colchester United.

How should Notts play? What can they expect from their non-league opponents? Pride of Nottingham finds out with Chris's Scouting Report.

Looking at Oxford City’s squad, it’s clear that their main threat is that of Matthew Paterson, he likes to get into the opposition's penalty area and generally causes trouble within the lower levels but tends to miss more chances than he takes.

Christian Oxlade-Chamberlain, the brother of Liverpool and England midfielder Alex, is a pacey winger who can score from the flank when presented a chance. He likes to run directly down the wing, whilst on occasions he does attack more towards goal itself.

Reece Fleet is their creative player, often carving out chances with his passing ability but he is also comfortable in front of goal and has a decent strike on him.

Form in previous games, especially games within the league, really does go out of the window here but the style in which they play does take some bearing on the tactics in FA Cup games.

In the first round cup, City set themselves up defensively but with the mind set to counter when the chance presented itself – they attacked well at times and deserved their victory, because as a unit they put in a solid performance.

Whilst in the league it’s the typical any team can win, when sides work harder or appear more confident on the ball, City really do struggle. Several players tend to go missing and their play takes a major hit due to this.

On the ball they can build nicely, either by running directly into space (commonly the flanks) or by playing simple neat one-twos as a way to gain ground.

If allowed to play this way, they do it well, and this is where Colchester United failed by never attacking wisely.

In games where sides do allow them to play, City tend to assert control from midfield and work the ball around the oppositions penalty box showing no fear of shooting early.

If Notts mark tightly, draw them further up the field, this should make it fairly difficult for City.

Defensively they don’t like being hit with pace or when multiple players make good movement, this tends to cause confusion and their inability to pick up dangerous runs can be highly effective for opposition teams.

From distance set pieces will be a natural way to get around any issue caused by Oxford playing a deep defensive line.

Whilst the use of our quicker players who can draw players onto them, will release our strikers.

Notts must match their work-rate and work as a team during this clash, as any individual errors are likely to lead only to problems.

Share your thoughts about this scouting report on Pride of Nottingham by signing up to the website, visiting the forum and joining in the chat with hundreds of fellow Notts County fans.