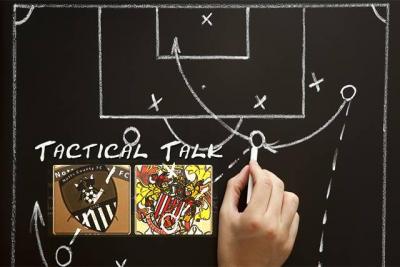 Notts County put in a much improved performance in Harry Kewell's first home league game in charge but defensive issues came back to haunt the Magpies as they were held to a 3-3 draw by Stevenage at Meadow Lane.

Three times Notts went ahead in the game and three times they were pegged back by the visitors, yielding just a second point of the season.

I feel Notts was a little hard done by but in all, I would say the draw was fair – I just feel Notts attacked the game better.

There was a noticeable slow start to the game, Notts struggled to get to grips early on and Stevenage opened the game looking more keen to play the ball on the floor. Once down Notts looked good, they created chances but ultimately rushed the majority. The penalty decision seemed to provide the magpies with some confidence, however blips at the back made it hard.

Despite this Notts created and looked good, I wouldn’t class the game as entertaining but I feel less annoyed by the issues I witnessed. I do feel things can be improved from here, which could start to change the season around.

How did Stevenage play?

Stevenage looked capable of entertaining, they started off better and seemed more organised up front. They passed the ball around, however once the opening minutes’ settle cracks started to appear – defensively I don’t feel they did very well.

They worked hard to pull back level, playing some nice passes and executing some delightful passes. I just feel they never threatened enough and that the goals stem from a major lack of confidence in the back, they did enough to draw and I feel Stevenage fans should be happy with the away point.

I would say yes, training seems to have helped with the focus being on ‘working hard’. The new signings fitted in well, they gave Notts more grit at the back but defensively I feel we allowed ourselves to be fairly vulnerable.

Ross Fitzsimons needs to sort his tactics out, as his destitution painfully hurt the games tempo at times and his failure to listen to his team-mates/manager.

The referee gave a few baffling decisions, he also lost the game from time to time due to this but overall he held the game together and I have little complains about any of the match officials.

Next up is Northampton Town, it’s hard to figure out how the team can move forward despite the positive. I am concerned about the goalkeeper position at Notts and I don’t want to sound negative – yet until this is addressed I don’t think there’s much more the defence can do.

I would hope to see the same amount of passion from the likes of Jon Stead and Enzio Boldewijn.

Approach them the same as we did Stevenage, it will be harder away from home but it’s important to get the ball down as early as possible.

For me David Vaughan should return as the midfield isn’t as easy to bypass with him in midfield, I would like to see Rob Milsom take the torch for being the defensive minded ball winner – along with more enthusiasm on playing down the flanks.

Notts now has a back four that can do the club justice, so I would like to see them reduce the amount of crosses whilst focusing on the space created within the middle of our own penalty area. It’s important to attack the game creatively, yet to be as balanced at the back. There’s a lot more pace there, so if caught out – the defence should be good enough to work as a team. The question falls can we reduce the amount of shots that we have on target at our own goal? This would be a step forward since Fitzsimons confidence is severely absent now.