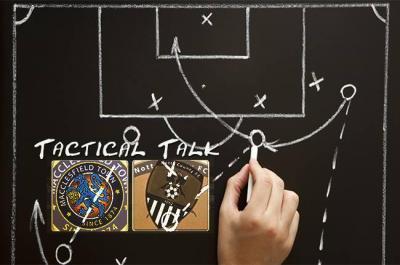 I think a draw would have been the fairer result for the two teams, however at the same time I feel Notts should have had not just the one penalty that Jon Stead scored but another for the foul on him that resulted in Jon being hurled into the advertising board.

Very poor, they had no real movement and only two or three players were on the same wavelength – this would always make getting a result harder. I just felt like Notts played to take the point, as they invited Macclesfield to press them and just dealt with clearing the threat.

Upfront I don’t think Notts would have scored without the penalty despite Kane Hemmings wasting two perfectly good chances. Winning poor is much better than losing having played well, yet the performance was disconnected.

How did Macclesfield Town play?

First half I felt they were lively, it was almost like they had seen my scouting report and had decided to prove a point. They moved around well, created space but often wasted the chances they had by rushing the finishing. Ross Fitzsimons only had basic saves to make in the first half but Macclesfield did pressure Notts.

Defensively, I can’t give them much credit because of how they man handled most of the Notts players and reacted like they had been bullied over simple fouls on them.
It’s not hard to understand why they’re bottom of the League Two table, poor in most departments and just very scrappy football with no clear indication to any sort of proper game plan.

If Harry Kewell’s aim was to grab a win by being too defensive, I could say it did but I don’t feel either team had any sort of tactics. The decision to place Shaun Brisley in midfield was an odd one, I do feel it impacted the passing and grit from holding the midfield.

Did the tactics work? We came back with all three points, I would argue no but the points at this time are what matters.

Poor, he gave Notts fouls for much less than half of the challenges he missed. It really had me baffled but I do feel all the officials were poor. There was a home team advantage clear from where I watched, I do feel the referee ruined the game somewhat but again I come back to those much needed three points. He awarded the penalty after missing one, so I’ll forgive this time.

Bury away is the next league fixture, it should prove to be a better game for spectators to watch. A win and Notts could be only 3 points behind them, after the start to the season this campaign it seems weird to think we are pushing for 11th place and higher.

Notts should avoid being too defensive in my opinion, I just don’t think this would give any sort of edge and I do feel it would again impact the performance.

At the same time, I don’t feel attacking too much would be the wise call, so a balanced performance does seem to be the right focus. The midfield will always be the key to getting a good result and allowing them to play with confidence should be the goal.

Putting aside the scrappy performance again Macclesfield, I do feel that if the midfield holds the game and dictate the play – it will allow Notts to put on a good show against Bury. More importantly I do feel a win is possible if we go out to prove a point by playing good passing football.

Share your thoughts about this tactical report on Pride of Nottingham by signing up to the website, visiting the forum and joining in the chat with hundreds of fellow Notts County fans.