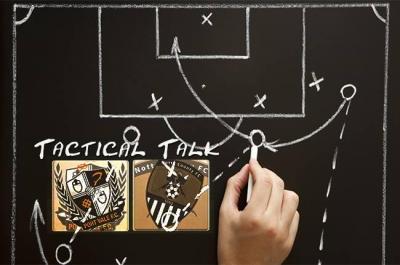 Notts County's season continues to go from strength to strength after a solid 1-0 win over Port Vale in Saturday's League Two fixture at Vale Park.

Lewis Alessandra came on as a substitute and scored with his first touch of the game in the second half to edge the visitors ahead.

The Valiants didn't offer much and, even with Shaun Brisley coming off injured and leaving the Magpies down to ten men having made all their substitutions, they still couldn't find a way back into the game.

In this piece, Chris has taken an in-depth look at how both sides played, whether the result was fair, and how to move forward.

I feel the result may have probably been fairer as a draw, however I do think Notts performed better than Port Vale – so victory to the Magpies isn’t unjust or unworthy for the Valiants.

Notts tried to change the tempo of the game at times, only for Port Vale to bring it back down to the ground to which slowed down the game massively. Notts could have done with creating more clear chances, with a cutting edge, but overall the win wasn’t pretty at all.

How did Port Vale play?

They played like a team struggling to adapt to the division, despite having signed some new players – this probably also impacted their play. Port Vale struggled to get hold of the game and looked largely ineffective throughout the pitch.

The simple answer would be yes, yet this type of game is where in-game tactics could have been used to give Notts more of an edge. I’m not complaining though as everything worked well, yet from a tactical point-of-view there could have been positive changes. Yesterday’s game was largely down to performances and the type of play which emulated from it.

Average League Two referee is how most would sum up Robert Lewis. There will always be something questionable decisions, yet he allowed the game to flow and generally didn’t interfere too much.

Morecambe – this will be a difficult game in terms of the physicality for Notts. They’re a side which we must show we can play against, and well.

It’s quite obvious that Kevin Nolan already has the basis of his starting 11, any changes will merely reflect on the opposition or injuries/knocks picked up.

Personally, I would look into forming a holding midfield and include the absentee Rob Milsom – he will allow Notts to fight the type of tactics which Morecambe will try to play with, whilst his ‘move forward’ frame of mind will allow Notts to go forward in a positive way.

I highly suspect there won’t be any changes up top, however I would start with a bit more pace there if possible. Shola Ameobi will be influencing the midfield and anchor play, so if Jon Stead starts he must play closer to the Morecambe defence.

He could use Jorge Grant, as someone who could release him but there’s no doubt in my mind that Notts must look to retain the ball and move promptly with it. Draw the fouls and use it to gain ground, whilst any free-kicks outside of the penalty will be key.

Jeffers: We can't score goals as we don't play with strikers other than the cart horse up front. It's not Tom Pope's fault but his best days are behind him. Where is the pace to frighten defenders... lying on the sick bed.

Jacko51: In our last 12 league games we have failed to score in 9 of them. Brown won't solve this problem by playing Tom Pope on his own up front with no one within 30 yards of him. Tom won't outrun the defence so you can't play the ball in behind. There is no point hoofing the ball in the air to Pope if no one is near him to pick up the knock downs. It's absolute madness to keep doing the same thing game after game and expecting a different outcome.

Jeffers: Tom played well against Crewe but not today. Jones gave him 20 yards and caught him. Don't be blinded by Toms heart on the sleeve attitude, but he will be lucky to get 10 goals. He never was blessed with pace, but my frustration is that he needs legs around him which Brown doesn't see.

Bluedevil: Why did Brown make his first substitution when he did? We had no shape or threat after his changes, County couldn't have believed their luck. Brown snatched a defeat from the jaws of victory today.

Share your thoughts about this analysis piece on Pride of Nottingham by signing up to the website, visiting the forum and joining in the chat with hundreds of fellow Notts County fans.