Alan Hardy: 'A free agent asked Notts County for over £4,000 per week' 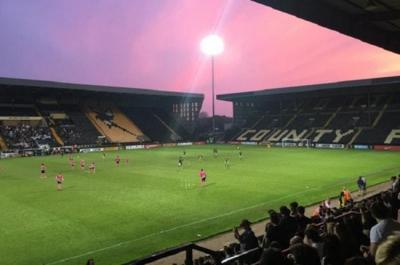 Alam Hardy has revealed how one prospective Notts County target - a free agent - asked the club for more than £4,000 a week to join.

The Magpies strengthened their ranks throughout the course of the summer and, although there was some mild interest in a number of players late on in the transfer window, nothing came of it.

Hardy wrote in the Nottingham Post: "The window closed last week and I was originally of the opinion that deadline day added great excitement.

"But, on reflection, it seems farcical that some clubs were left racing around to beat the deadline given they’ve had all summer to plan.

"Clubs have months to put a strategy in place, identifying what their team will look like in terms of shape and so on.

"You develop a list of players who fit the vision, so it beggars belief that some clubs need right up until the very last few minutes or seconds of the window to do a deal.

"Let’s be frank, these clubs are multi-million pound businesses, not corner shops.

"Don’t get me wrong, there are genuine cases of managers needing players at short notice, but I think my biggest problem is the hyperbole surrounding the final day of the window, which means fans tend to judge your entire transfer business on the outcome of that 24 hours.

"You can sign player after player, but the manager Kevin Nolan and I view this far more strategically than it appears other clubs do.

"We pursued some exceptional targets but unfortunately couldn’t get them over the line. It didn't mean, however, that we then started scrambling around for others.

"Those players would have been great additions, no doubt, but it was not the be all and end all.

"You also have to bear in mind if you bring five players in on the final day, what kind of message does that send to the rest of the squad?

"Of course, we still have the opportunity to sign players who are out of contract and there are plenty of those available.

"I have to say some of their demands have been off the scale in terms of wages. But it’s like that in any industry at the moment.

"In construction, raw materials have gone up by a single digit in terms of percentage, but salaries have risen by 20 to 30 percent. It’s not just football. It’s right across the board.

"That’s being reflected in players’ demands. A player was put to us recently and I enquired what he would be after in terms of wages.

"He wanted more than £4,000 a week. It’s crazy. Why have they approached a League Two club asking for those kinds of sums?

"A lot of these players still feel they can play in the Championship or League One, but if you haven’t played football for a few months, clubs at that level simply won’t take the risk."