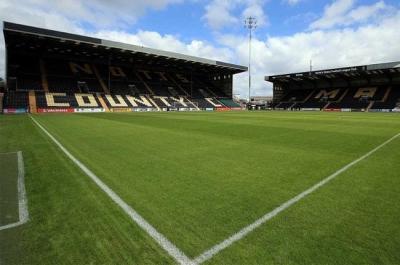 Notts County have unveiled their new home dressing room at Meadow Lane, with owner Alan Hardy claiming it is "befitting a Premier League club" and manager Kevin Nolan describing it as "probably the best dressing room I've ever seen in my career."

On the eve of the Magpies' first home game of the season, against Chesterfield, the club made the announcement and showed off pictures of the changing room, refurbished by Nottingham-based interior design company Paragon.

Nolan told the official Notts website: "It's breathtaking. No stone has been left unturned. It's probably the best dressing room I've ever seen in my career.

"Hats off to Alan. He's really investing in this club and it's about us now making sure we get positive results on the pitch, because we're certainly seeing them off it."

Hardy, meanwhile, added: "We're delighted with the dressing room. It was touch-and-go, but it's what Paragon do. I had no doubt the project would be delivered on time.

"It was important we created a special environment and experience for the players. Everything is flush and feels like it's been properly designed. We're delighted with the overall impact."

In addition, the owner also spoke to the Nottingham Post and said: "I am absolutely delighted with the outcome as I firmly believe it is a dressing room befitting a Premier League club."

Alongside the dressing room refurbishment, Hardy added that the entire stadium has been jet washed this week after they " quite rightly... came in for some criticism after the Forest game."