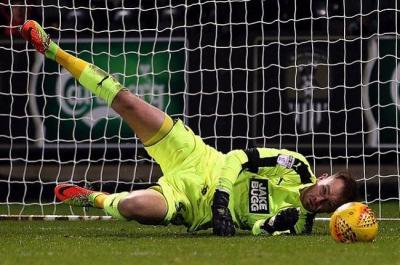 Alan Hardy has given Notts County goalkeeper Ross Fitzsimons a big vote of confidence, saying he will be "worth a large sum of money" in a few years' time.

The 23-year-old has been offered a new contract by the Magpies and, should he sign it, is likely to become Adam Collin's successor after the former number one was released by the club.

Fitzsimons did well in deputising for Collin last season but lost his place in January after lashing out at Crawley Town player Mark Connolly to earn a red card and give the opposition a penalty which was converted.

“Ross was outstanding in the games he played,” Hardy told the Nottingham Post.

“If it wasn’t for the sending off against Crawley when we played them at Meadow Lane, then he would have probably retained his place throughout the rest of the season.

“Ross is a fantastic prospect for the future, and we believe in three years’ time, he will be worth a large sum of money.

“He is a very talented young goalkeeper.”