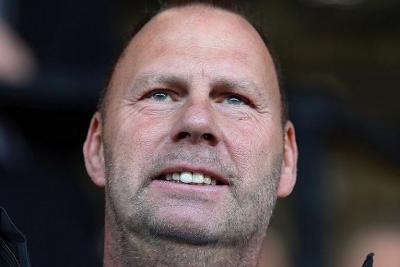 Alan Hardy has hit back at Forest Green Rovers's claim that Notts County have breached FA rules in their pursuit of Liam Noble.

Rovers chairman Dale Vince had claimed that County had made "behind-the-scenes contact" with Noble, having had offers for the midfielder rejected.

However, Magpies owner Alan Hardy insisted his club had acted "in a professional and diligent manner".

"I feel compelled to set the record straight regarding a number of comments made by Dale Vince, chairman of Forest Green Rovers," he is quoted by the Nottingham Post as saying.

"Firstly, in respect of his claim that we have released a number of press statements about their player, we put them to proof on this matter.

"The only statements made by the club have been those attributed to me or Kevin Nolan over the past 48 hours.

"I can confirm that a number of bids have been made by the club, and that the final bid was for a transfer fee of £100,000 payable immediately.

"Why Dale Vince would deny this when it is fact baffles me.

"Furthermore, our Football Operations Director Jason Turner, who has been handling this matter in the strictest of confidence, was told by James Mooney of Forest Green Rovers when the final bid was rejected that they would not sell him to us for double the price.

"Dale Vince also claims they have been very clear from the outset that they did not want to sell Liam.

"While this may be the case, they have also been very clear from the outset that an offer of £100,000 guaranteed would be acceptable.

"It was only when this bid was lodged that they changed their minds.

"I am more than comfortable that we have negotiated with Forest Green Rovers in a professional and diligent manner but we now move on and look forward to welcoming them to Meadow Lane in October."