Blair Adams: 'Uncertainty around Notts County crept into our performances' 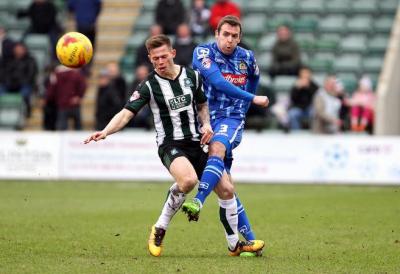 Notts County defender Blair Adams has claimed that the turmoil behind the scenes at Meadow Lane contributed to the players' poor showing in the league this season.

The Magpies, one of the favourites for promotion back to League One at the start of the campaign, were candidates for relegation out of the Football League by the last few weeks of 2015-16.

Adams identified issues behind the scenes, including a succession of managers, fan unrest and a protracted sale that is yet to go through at the time of writing as factors in the club's implosion and bottom-half finish.

He wrote in the Nottingham Post: "Uncertainty around the club crept into our performances and teams came to Meadow Lane and sensed fragility.

"We had three managers during the season and each gaffer brought their own tactics and management styles that, inevitably, took time to adapt to.

"Under Jamie Fullarton, we were consistently defended in the media for below-par performances, whereas Cooper chose to openly criticise.

"Both manager reactions should have triggered an immediate response from the players, either to repay the faith or prove them wrong. But as each game was ticked off, the same problems materialised.

"Unfortunately, now, we as players can't say "we'll put it right in the next game". The season is done and the league table reveals a bitterly disappointing position."

Is Blair Adams right or do you feel it's all excuses? Share your thoughts on Pride of Nottingham by signing up to the website, visiting the forum and joining the conversation.