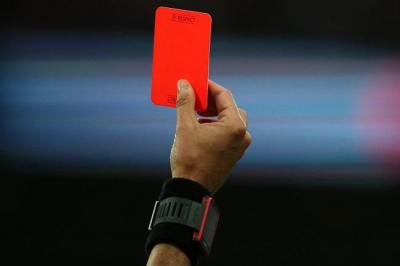 Newport County defender Dan Butler has won his appeal against the red card picked up in his side's 3-0 defeat to Notts County.

The 23-year-old was sent off by referee Craig Hicks in the 34th minute of the League Two game at Meadow Lane for leading with his elbow as he challenged Matt Tootle for a high ball and left the full-back needing treatment.

Newport submitted a wrongful dismissal claim and have now received confirmation from the FA that the claim will be upheld and Butler’s three-game suspension has been withdrawn.

"It's a massive relief," Butler told the South Wales Argus following the decision.

"I was gutted for the boys and for myself because I felt like it changed the game when I went off.

"It's common sense really, to jump high your arms do need to be at a certain level.

"If you throw an elbow at the same time then I agree that is a red card but I think you could clearly see there was no forced with my elbow.

"I just used my arms to get as high as I could to win the ball.

"I'm not going to comment on the referee but it definitely wasn't a red card and thankfully it's been taken away."