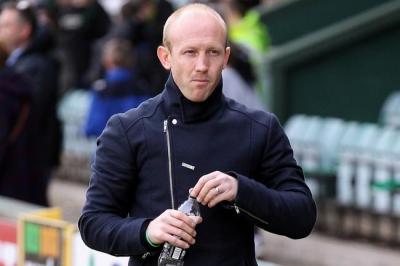 Sid Nelson faces disciplinary action if he is found guilty of violent conduct after being sent off in the closing stages of Yeovil Town’s 1-1 draw with Notts County, manager Darren Way has confirmed.

The defender, on loan from Millwall, was shown a straight red card for an elbow on Ryan Yates in the Magpies box, and could be hit with a three-match suspension.

With Yeovil now having seen four players sent off in their last four matches, Way has warned Nelson that he faces a heavy punishment unless he is cleared of foul play.

Way told Somerset Live after Tuesday night's game at Huish Park: “To be honest, I haven’t seen it.

“He’s denying it but I’m sure if he’s proven guilty there’s got to be a maximum fine on this one, but I warned the players that. I said if a player gets caught again, they’ll be disciplined.

“I think two of [the red cards] I would be worried about, [Bevis] Mugabi and Sid’s, if it proves to be the case.

“When you’re coming up against the opposition, they’re clever enough to instigate that, but at the same time you’ve got to be clever enough not to react.

“I’m disappointed with that, very disappointed, but I’ll make sure behind the scenes that he will be heavily fined.”