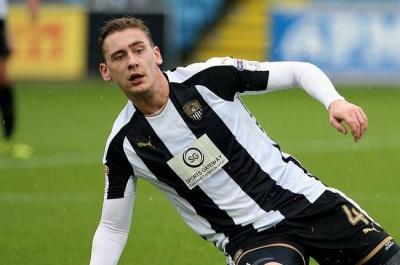 Elliott Hewitt has acknowledged that Notts County's performance in the first half against Stevenage was not good enough but believes the Magpies deserved more from the game at full time.

The Magpies fell behind to Danny Newton's strike in an unimpressive first half at Broadhall Way but Hewitt drew the visitors level and they could have easily took all three points following a marked improvement.

As it was, the final result was 1-1 and the Welshman insists that, although Notts would have been worthy of a win, the point must be respected given last season's hammering at the hands of Stevenage.

"The first half wasn't good enough today," Hewitt told the official Notts site "But in the second half I thought we dominated throughout.

"Maybe we deserved more, but you've got to respect the point away. It's a tough place to come, as we found out last year when we lost 3-0.

"Maybe last season we would have lost that game, starting the way we did, but all the lads stuck together. We've got a really good group here and got the draw."