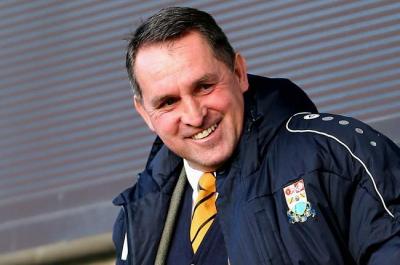 But much like one of those annoying on-off relationships between Z-list celebrities that are constantly plastered all over the news, Allen and Barnet find themselves together once again.

Allen, whose love story with the Bees began in 2003, saw his fourth spell in charge end in 2016 when he left to take over at National League side Eastleigh but lasted just 14 games in the role.

As for Barnet, they parted ways with Graham Westley just over two months in the role to make room for Barnet's return.

Allen returns with Barnet seven points from safety, at the foot of League Two, with eight matches remaining this season.

“Everyone at The Hive London would like to wish Martin the best of luck as he joins our fight to keep Barnet in the Football League,” the Bees said in a statement.

“The club would like to encourage every Bees fan out there to get behind Martin and the team for our crucial eight-game run-in and for us all to pull together as we look to maintain our league status.

We at Pride of Nottingham wish Mad Dog Allen and Barnet all the best - we're sure this time it will last forever and ever.