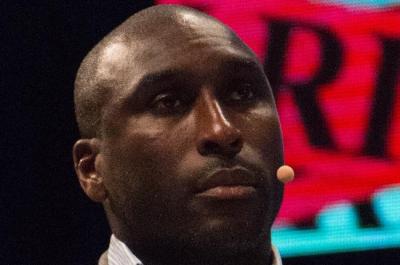 Grimsby Town chairman John Fenty has declared that he is open to speaking to Sol Campbell about their vacant managerial position.

The former England defender, who had a one-game spell at Notts County in 2009, told a podcast last week that he could not understand why "one of the greatest minds in football" was being overlooked for jobs.

Campbell was speaking after failing to land the Oxford United job, but Fenty has said he is willing to speak to the 43-year-old as he searches for a replacement for Russell Slade.

Speaking to BBC Radio Humberside, Fenty said: "I'm surprised we haven't heard from Sol. He said that clubs aren't taking a punt on young managers. We'd have a chat with him."

When asked if Grimsby being 18th in League Two would put him off, he replied: "No. I'm from a hard-working background. It's all about getting in there, that's the kind of guy I am."