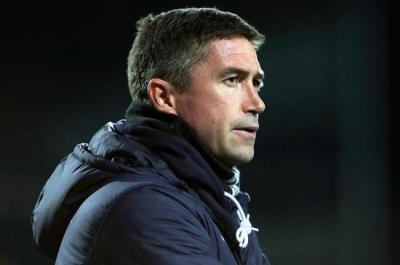 Harry Kewell has stated that the Notts County players who put in a poor display against Newcastle United Under-21s in the EFL Trophy are not in a "good position".

However, the Australian has refused to close the door on them outright and will give them the chance to redeem themselves by working harder in training.

Kewell made 10 changes to his side as he gave the likes of Andy Kellett, David Vaughan, Noor Husin, Dan Jones and Kristian Dennis some much-needed minutes after not figuring for his first team in recent weeks.

However, Notts fell to a meek 2-0 defeat, leading many fans thinking that some of the players involved could well be jettisoned in January,

“People are happy enough to keep coming in and ask questions,” Kewell told the Nottingham Post.

“All I ask for is hard work every single day and when it comes to the games you should be happy because it’s not training.

“But the best thing about the game like that is you record it and if anyone has a complaint then I will watch it and I am open to suggestions.

“They have to prepare themselves for a tough battle now. It’s not a good position, but all the doors are still open. They just need to work harder.”