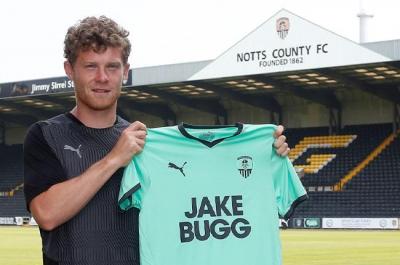 Notts County has continued to strengthen their promotion chasing team with the signing of experienced Football League midfielder Matt Palmer.

The 26-year-old had been made available for a free transfer after leaving Swindon Town last season.

Having appeared more than 200 times within the Football League, Palmer arrives at Meadow Lane on a 2-year-deal.

"So adding someone of Matt’s experience will give us great balance in the central area" He added.

"Matt’s played more than 50 games in the Championship, around 80 in League One and nearly 100 in League Two

"He brings a lot of know-how to the squad while, at the age of 26, he still has plenty to offer in terms of development and improvement. We’re looking at him playing a similar role to Jake Reeves towards the end of last season.

"He could play deep, but we see him more as a box-to-box midfielder who can contribute to the attacking side of the game."

Ian Burchnall has described Palmer's arrival as being 'perfect for us'.

"Matt’s got a great eye for a forward pass and will also contribute a lot when we’re looking to retain possession as he’s really comfortable with the ball and very competent technically.

"We have the capacity to strengthen further in the midfield area should we wish to."

Join in with the Pride of Nottingham community, as fans discuss the arrival of Matt Palmer.