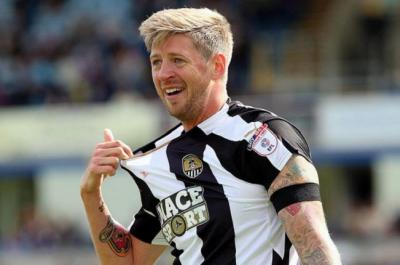 Jon Stead has described Notts County's FA Cup third-round 1-0 win over Brentford as "incredible" and was delighted to finally score after cutting in with his left foot.

The veteran striker claimed the winner on Saturday at Griffin Park with a wonderful curling shot after cutting in from the right-hand channel, putting the Magpies in the fourth round of the competition.

Stead was also relieved as he acknowledged his prior attempts to pull off the move over the last 12 months have not quite worked out.

“It’s incredible,” Stead told the official Notts website. “I thought we were terrific from the first minute today and caused them problems.

“I’m delighted with the goal. In the early part of my Notts career I was cutting in a lot on my left foot and producing decent shots and goals. This season and the back end of last season I’ve been spooning a lot of them over the bar so to get it right on this stage was really pleasing.”