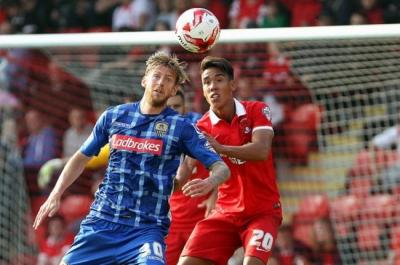 Jon Stead has suggested that Notts County are "not a million miles away" from being the finished product, and would welcome new signings in the dressing room.

The Magpies have brought in 11 players on a permanent basis and two loanees this summer, while every squad member offered a new contract went on to put pen to paper.

On the pitch, Notts have enjoyed a decent start to the 2017/18 League Two season, claiming two wins and a draw from their first four fixtures.

The last game, however, saw the team relinquish a two-goal lead to Accrington Stanley, who left Meadow Lane with a point in a 2-2 draw.

Stead told the Nottingham Post: “We’re satisfied but we wanted more. We put an expectation on ourselves probably more so than the manager does.

“We want to be competing at the top end. We’ve got a point against a very good Accrington side when I don’t think we’re anywhere near where we can be as a squad. We take the point and go again.

“We’re not a million miles away. If we can strengthen the squad then anyone would want that. You always want to be better.

“We’ve got a good group though with lads who are chomping at the bit and not playing. We’ve got good competition.

“That’s not something I’ve seen since I’ve been here. We’ve got a fantastic dressing room too.

“That side of it is the best I’ve seen here and it’s driven by the manager and the characters he signs.”