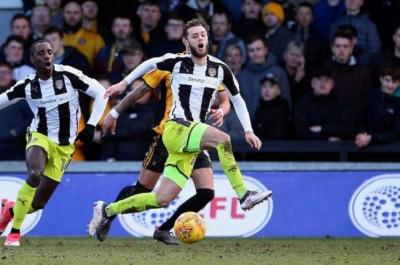 Although Grant's form has tailed off in the second half on the season compared to the barnstorming first half, Chairboys man Jacobson is still wary of the threat posed by the Magpies' leading scorer.

Ahead of Friday's meeting, he told Bucks Free Press: “He’s a very good player and I think he’s got the recognition he deserves this season.

"He’s probably been the best player in the league so I’ve got to make sure I’m on top of my game.

“I’ve played against a lot of good players in my career so it will be another challenge for me to have a good performance against a player who is very highly thought of, so it’s something that I’m looking forward to.’’