Keith Curle expects Notts County to be full of confidence 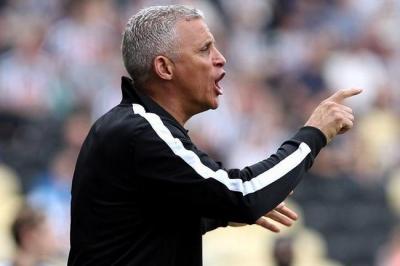 Keith Curle has spoken highly of Notts County as his Carlisle United charges prepare to welcome the Magpies to Brunton Park later today, expecting the visitors to be full of confidence and a dangerous proposition.

The former Notts manager told the official Cumbrians site: “They’re near the top of the table but if you look at the last four games we’ve had you see we’ve been up against very good teams.

“There are no easy games and that’s why our approach to each one is exactly the same. When we do our jobs properly we think we can cause teams problems.

“Notts County are one of the division’s good sides and I’ve played against Kevin [Nolan] a few times. He likes to play a certain way. We’ve reviewed their last three or four games and their approach is based on percentages.

“They like to get the ball forward, keep it alive and get it into good areas quickly. They’re a real threat in the box and they’re reliable, consistent and dependable in what they do. They’re very inventive with set pieces and they’re comfortable in their style. We know what to expect so it’s now down to how we deal with it.

“They’ll be full of confidence even though they were knocked slightly with the result at Crewe the other night. If you isolate that result you see they made a few changes and other players had opportunities to shine. That probably means that their line-up will have a bit more in the way of predictability about it on Saturday.”

Curle also spoke highly of Notts defender Shaun Brisley, formerly of Carlisle, being quoted by the Nottingham Post as saying: “Shaun is a very good player.

“That’s why we brought him here. He has gone and fitted into a club [Notts] very, very well. He is putting in performances and is scoring goals.

"I think he made a lot of friends when he was here because he applied himself very well.

“He was a little bit unfortunate with the injury he first had at the beginning of last season. But you got to say, he is a very good professional, has ability and is applying himself at his new club.”