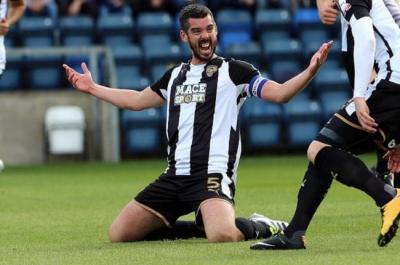 The defender produced an impressive performance against former club Port Vale last weekend, helping the Magpies clinch a 1-0 win at Vale Park and helping them climb to fifth in the table.

It capped off what has been a good start to the season for Duffy who has been handed the skipper’s armband in the absence of injured midfielder Michael O’Connor - and is a huge turnaround from last season, when he was being derided by many Notts fans for poor performances.

“He was perfect (against Vale) and I’ve had full confidence in Duffer since I walked through the door,” Nolan told the Nottingham Post. “He is a proper man and a proper man’s man.

“You can see that by the way he conducts himself on the pitch and the way he marshals the defence.

“He and Shaun Brisley are starting to form a great relationship. It’s a great partnership going forward.”