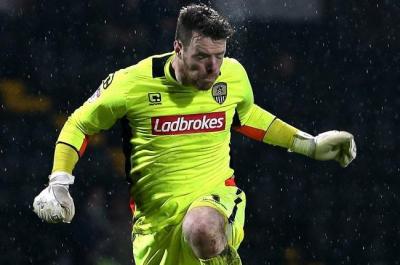 Kevin Nolan has insisted that Notts County can cope if goalkeeper Adam Collin is ruled out through injury.

The Magpies number 1 took a knock in a first-half collision with a Barnet player on Saturday and though he toughed it out for a while, eventually he had to be taken off at Meadow Lane.

Notts brought on Ross Fitzsimons in Collin's place and the 23-year-old gave a good account of himself as the hosts held out for a 2-1 victory which saw them edge back to the top of League Two.

"Adam took a bang on the knee so we're hoping it's more of a contact injury rather than a pull or a strain," Nolan told the official club site.

"But we brought two goalkeepers in during the summer (Fitzsimons and Branislav Pindroch) and they've pushed Adam to new levels.

"Ross came on and made some important saves and catches. I'm totally confident we have more than enough quality in the squad if Adam has to sit out for a couple of games."