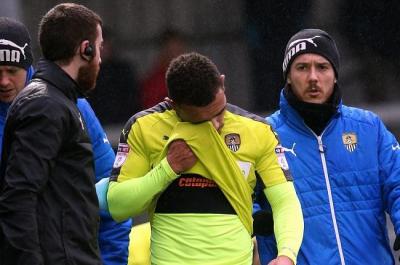 Kevin Nolan has expressed his hopes of getting Mason Bennett back on loan next season but confirmed that he would not be fit for the Magpies' playoff campaign.

However, he was forced to return to Pride Park after rupturing his hamstring on his first start for the club against Barnet.

“He’s back on the grass but it’s way too early for him,” Nolan told the official website. “There’s not enough game time or training minutes, even if we got to the final.

“But we’re going to keep in contact with Derby and Mason himself to ensure that if there’s a possibility of getting him next year, we’re at the front of the queue.

“We were so impressed with what we saw from Mason – not only on the field, but by the way he conducted himself and his eagerness to play for Notts County.

“I’m hoping we can renew that at the beginning of next season but, first and foremost, we hope he gets back to full fitness as comfortably as possible because it was a nasty injury.

“I’m sure, because of his professionalism, he’ll come back better and stronger.”