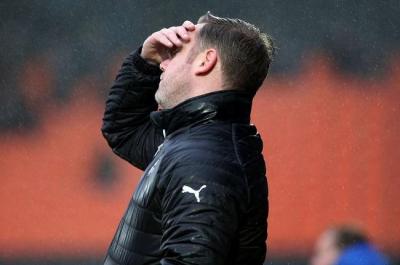 Kevin Nolan has spoken of the virus which is currently plaguing the Notts County setup and is hoping that it will clear up in the next week or two.

A number of players have been suffering with the bug as Elliott Hewitt missed the games against Swansea City and Barnet.

Alan Smith and Lewis Alessandra, meanwhile, both sat out the trip to the Hive, and Nolan has acknowledged that it's "going through the whole club" at present.

"I've not been feeling great myself and Richard Thomas has been the same," Nolan told the official club site on Monday ahead of the Carlisle United fixture.

"The kit man, the PA and the psychologist have all had it, so it's going through the whole club at the minute.

"Every 24 hours we're getting two players back but losing another two!

"It's unfortunate that this bug has surfaced when we're spending a lot of time with one another on the coach and at hotels.

"It's hit us harder than if we were playing Saturday-to-Saturday or at home because I would have been able to give the lads some time away from each other.

"We're hopeful we can get over it in the next week or two and have a fully-fit squad again."