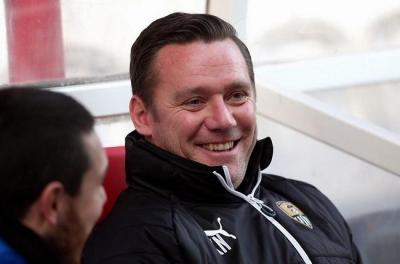 Kevin Nolan has spoken of how he wanted to keep the bulk of Notts County's back line from last season together to go into the 2018-19 campaign.

The Magpies had the fourth best defensive record in League Two last term, which was crucial in the team's run to the playoffs.

Right-back Matt Tootle, left-back Dan Jones and centre-back Richard Duffy have all since extended their spells at Notts, while Ben Hall has rejoined on loan from Brighton.

“I wanted to keep the defence together because they were building relationships and we still feel we can make them better,” Nolan told the Nottingham Post.

“With the confidence they will have in each other going into the season, and us keep working with them in the summer, we can get the goals against column down further.

“We had the fourth best defensive record in the league last season when compared to the previous one before that, we had conceded 78.

“There’s been a massive turnaround and that’s a testament to the boys who were there.”