Kevin Nolan: 'Jonathan Forte riding the crest of a wave' 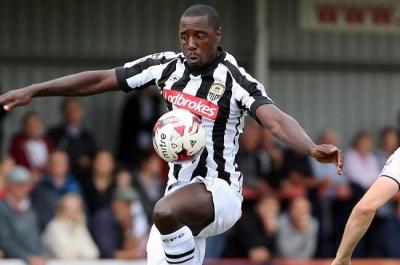 The 31-year-old has endured extended spells outside of the squad but his equaliser spurred the Magpies to victory as they ran out 3-1 winners at the Weston Homes Community Stadium.

It was the first time Notts have sealed back to back wins in League Two since last September and Nolan praised Forte for the impact he had on the game.

"You can see he's riding the crest of a wave at the minute," Nolan told the Nottingham Post.

"He kept Steady out, finished his goal fantastically and worked his socks off.

"I'm delighted both he and Shola got on the scoresheet - and I thought Steady was terrific when he came on.

"All three contributed, but Forte is showing what we all believed he had. Hopefully he can continue that form until the end of the season."