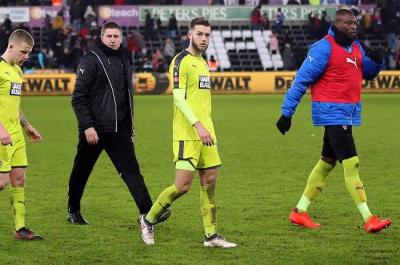 Notts County boss Kevin Nolan has revealed that he left Jorge Grant on the bench against Carlisle United because he has looked "a bit jaded" over the last few weeks.

The attacking midfielder has impressed for the Magpies for the majority of this season, as well as the second half of last term, but has appeared somewhat off form in recent games.

Grant was thus benched for the 2-1 win over the Cumbrians on Tuesday night although he did come on as a late substitute.

“This is Jorge’s first full season and over the last few weeks he has looked a bit jaded,” Nolan told the Nottingham Post.

“We are trying to protect him a bit and there is nothing else in it. We want to try to keep him as fresh as possible and get him back to being the best Jorge Grant he can possibly be.

“He has played a lot of games and when we have been taking lads in and out, he’s not been the one who has been rotated as much.

“It was probably time to have that sort of rest and the option of having him on the bench.

“And when he does come off the bench, he does have an immediate impact like he did against Chesterfield and Exeter earlier on in the season.

“We want to see the best Jorge Grant going into the final stretch of the season.”