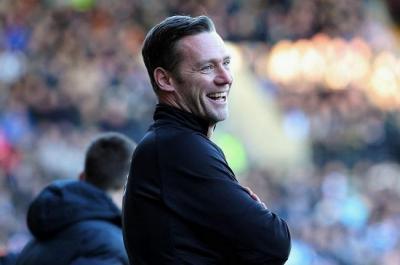 Notts County manager Kevin Nolan has thanked club owner Alan Hardy for his backing in the transfer market although he has not shut the door on another recruit should the opportunity arise.

Speaking after the loss to Leicester City, Nolan said he is delighted with the business made so far but, echoing prior comments made by Hardy, added that he will keep his eyes open for particularly exceptional additions.

"You never say never. There's life left in us, but if this is the squad in August I'll be very pleased," he told the Nottingham Post.

"I'm looking forward to working with them. If there's someone who whets the appetite then I'll speak the boss and we'll see what we can do.

"I won't be banging his door down. He's done great for us, but if that one special one pops up then we'd have a discussion."