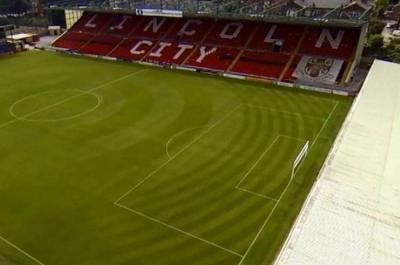 Kevin Nolan has suggested that he will make changes to his Notts County starting XI ahead of Tuesday night's EFL Trophy trip to Lincoln City.

The Magpies currently sit third in Group G on three points but a win would see them edge into the top two and through to the next round.

Although Nolan insists it's a big game and wants momentum to be built, he's also eager to give some of his fringe players some minutes.

"It's a big game," he told the official Notts site. "We've got lads who need game time, it's a derby and if we win we go through.

"We're trying to build momentum. It always helps when you're winning games - it breeds confidence around the club and city.

"In the last couple of games we've been back to the intensity and tempo that earned us our six wins on the spin.

"After our fantastic win on Friday we want to carry that forward, and then take it on to Stevenage.

"It's a great opportunity for the lads who haven't had the minutes. They can put themselves in the forefront of my mind and show me they're ready.

"The lads are really going at it in training and we're really looking forward to this week."