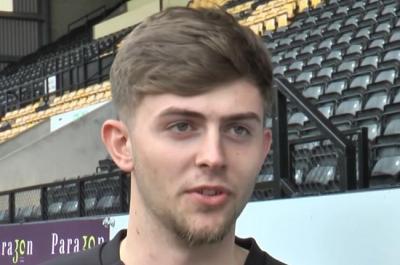 Kevin Nolan has admitted that some people at Manchester City were surprised to see Will Patching get released.

The former England youth international is now at Notts County, who had seen off numerous clubs for his signature.

Luckily for the Magpies, Patching shares the same agent as Tom Crawford, who is also at Meadow Lane having joined from Chester FC.

“When we spoke to a couple of people at Man City they were surprised Will had been released,” Nolan told the Nottingham Post.

“They thought he would be given another year and he also had a few offers to go to higher clubs as did Tom Crawford.

“But it was quite funny because Tom’s agent is the same as Will’s.

“He thought Notts could be the right fit for Will because it’s men’s football.

“I am really looking forward to working with him.”