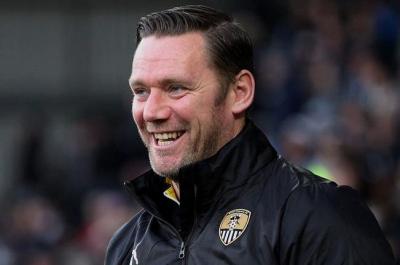 Kevin Nolan has admitted that Notts County were buoyed by the fact Brentford made a host of changes to their line-up and were eager to exploit that in their FA Cup third-round win.

Bees boss Dean Smith made eight changes to the side which lost to Wolverhampton Wanderers in midweek and the team laboured against the Magpies at Griffin Park.

Notts took the lead through Jon Stead's superb curling effort midway through the second half and were able to see the game out for a place in the fourth round.

"They made a lot of changes to their normal line-up and we thought we could exploit that and I'm delighted to say we did," Nolan is quoted by Get West London as saying.

"I don't think the players who came in for them underestimated us, but we knew they might not be as fluent as the usual team.

"The changes hindered them but they are still a very good side and I thought we were worthy winners. Yes, we rode our luck at times but we had a game plan and we stuck to it.

"I was delighted for the fans who were behind us from start to finish. There is a special chemistry at the club right now between the players, and between the players and fans and management, and all of that is working in our favour."