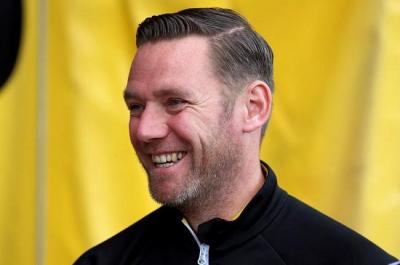 Kevin Nolan has praised Notts County's perseverance as they ground out a 2-0 win over Stevenage on Saturday.

The Magpies had suffered a downturn of form prior to the League Two game at Meadow Lane and were in danger of seeing their promotion hopes fade away.

Although the performance was little to write home about, Notts nonetheless succeeded in taking all three points thanks to late goals from Jorge Grant and Shola Ameobi.

"The players have found a way to win the game today and that is a fantastic trait to have," Nolan told the official site after full time.

"It was never going to be smooth sailing and we have had performances where we have not hit the high notes of previous months.

"But we have to start building back towards that and today was a clear sign that everyone is in it together. I thought our little bits of quality shone through."

Nolan also revealed that the players will get a little downtime over the next few days as a busy schedule of two games a week will now finally ease, with the next match not until next weekend.

"The lads are going to have a good couple of days off to go home, recuperate, relax and have some time away from football because it's been a tough month," he added.

"We have had a game every four days this month and not many teams have done that so we have to make sure we get these lads fully rested and recharged for another tough game at Cheltenham next Saturday."