Kevin Nolan: 'Notts County not heard anything from Forest about Jorge Grant' 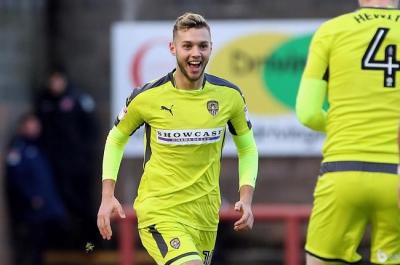 Kevin Nolan has revealed that Notts County "haven't heard anything" from Nottingham Forest regarding Jorge Grant, who also wants to remain where he currently is.

Grant and Ryan Yates joined the Magpies on loan in the summer and have been impressive, only for the latter to be recalled by his parent club.

This led to fears regarding Grant's stay at Meadow Lane but Nolan has suggested that the club's top goalscorer this term may stay put until the summer.

“We haven’t heard anything from Forest,” the Notts boss told the Nottingham Post.

“We want to keep Jorge and he has come out and told everyone that he wants to stay here.

“He feels that is better for his development which is great on our behalf.

“Hopefully Forest can see in the year we have had him how far he has come and what he has done.

“He’s been fantastic and we want to keep developing him.

“We want to send him back in four to five months’ time so that he has got an even better chance of breaking into their first team.

“If not then hopefully we can lend him again next year.”