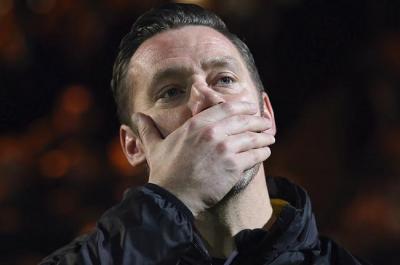 Kevin Nolan has admitted that Notts County were not their "usual selves" in their goalless draw with Grimsby Town.

The Magpies failed to break down a defensively stout Mariners side, failing to muster a chance on goal in Saturday's stalemate at Meadow Lane.

"It was a fair result. We weren't our usual selves today," Nolan told the official Notts site.

"It's just one of those days. You're going to have them but we've not had too many here in the past year. We huffed and puffed a lot but our ability on the ball wasn't as up to scratch as it has been.

"We didn't create enough clear-cut chances or have enough sustained pressure so it was a job well done by Grimsby, as well as us not being at the top of our game."

"We respect the point and the clean sheet, which I'm delighted about. We looked good defensively. We gave them an opportunity in the first half but we looked in control.

"Grimsby have come here on the back of three wins so we had to show them the respect they deserved. You're not going to run riot over teams week in, week out when you're at home - we have to earn it.

"The lads did all the right things out of possession but in possession we weren't as good as we have been lately. It told because we weren't able to mount that pressure on them and show our quality in the final third."