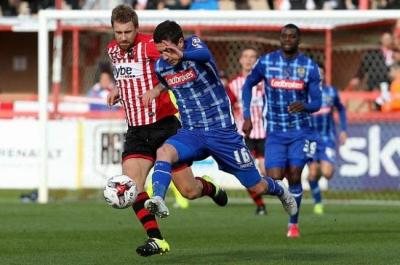 Kevin Nolan has outlined the qualities possessed by Liam Noble which he feels will improve Notts County in the new year.

The 26-year-old former Magpies player left Forest Green Rovers by mutual consent earlier this week, citing a need to be closer to his family in the North-East.

On Thursday, Pride of Nottingham's publication of photos appearing to show Noble in training with Notts was swiftly followed by the club's confirmation of the player's acquisition.

Nolan has admitted that Noble will be held to completely different standards compared to his last spell at Meadow Lane but does not doubt his footballing qualities.

“I think we have really good players here already, but I think he is a different type of central midfielder than what we have got,” he told the Nottingham Post.

“He can see a pass, he works hard, but I watched him in training on Thursday and you can see that quality and his vision.

“He wants to get on the ball and make things happen. He has composure which is always great to have.

“And when he finally becomes available in January, we will have three top central midfielders that any club in this division would be delighted to have.

“He adds extra competition and puts everybody on their toes.”