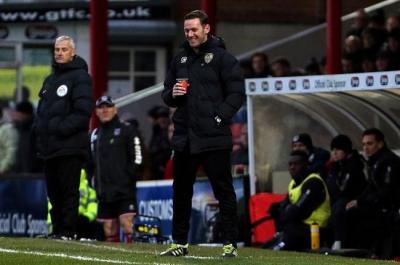 Kevin Nolan has described Notts County as "a team in transition" and praised each of the home debutants in Saturday's League Two encounter with Exeter City.

The returning Liam Noble was drafted into the starting XI, as were youngsters Matty Virtue and Noor Husin, in a side which had to be rejigged due to the absence of Richard Duffy and Matt Tootle.

Nolan says he was happy with how the new players performed, and felt towards the end of the match that the Magpies played some of the best football during his reign so far, despite the 2-1 defeat.

"This is a team in transition with different types of players coming in who are finding their feet in the team," Nolan told the Nottingham Post.

"We gave three home debuts today and I thought they all did terrifically well. I'm delighted with that and it's another positive for us.

"We played some wonderful stuff, some of the best under my tenure, but we didn't have the cutting edge at the end."