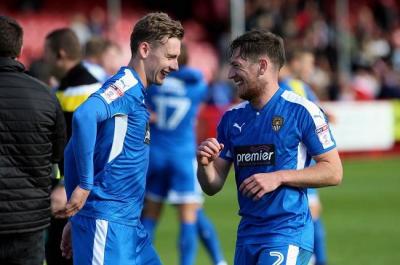 Kevin Nolan has provided updates on Matt Tootle and Elliott Hewitt, expressing his hopes of the duo being fit for Notts County's trip to Barnet on Saturday.

Tootle has been sidelined for almost a month through illness, while Hewitt was forced to sit out Tuesday night's FA Cup replay at Swansea City after picking up a virus at the team hotel.

"Toots played in a behind-closed-doors game on Tuesday," Nolan told the official Notts site. "He's eating regularly now and putting weight back on.

"Being the athlete he is, I'd have no qualms about putting him in at the weekend. He'll be there or there abouts.

"Elliott is still under the weather. That's what happens with all the viruses going round. He would obviously have been involved on Tuesday but for his virus.

"We had to get him an extra room to get him away from his room-mate and made him come back with the kitman so he didn't infect any of his team-mates!

"Hopefully we'll have a full bill of health for the game but we'll see in the next 24 hours."