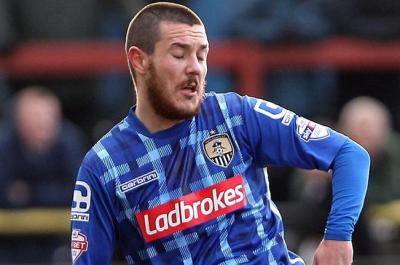 Kevin Nolan has expressed his delight with Notts County re-signing Liam Noble but insists that it's "a different club" now to when he was last at Meadow Lane.

The 26-year-old, who recently left Forest Green Rovers, put pen to paper on an 18-month deal at Notts and will be available for selection as of January 1.

“The circumstances of his departure from Forest Green are between him and them.

“For me, he is somebody we chased in the summer and were willing to pay a lot of money for him.

“I had a chat with him on Wednesday to see where he was at and what he was doing.

“It was then down to me to make a decision with my staff as to whether Noble comes into the team and makes it better or does he weaken it in the dressing room or on the pitch.

“I think from speaking to the lad, I think he’s going to be a good addition and I believe we can improve him in a lot of areas.

“He’s got a long wait before he makes his debut, but it’s a different club now.

“We’ve made clear to him that there are standards he has to stick to and raise.

“He can’t bring them down. It’s a nice thing for him to be able to come back and prove a lot of people wrong. Hopefully that’s what he will do."