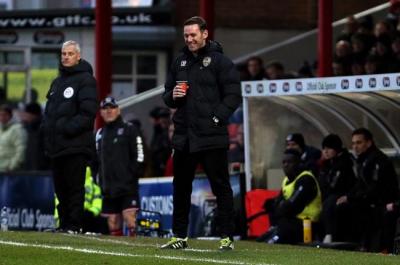 Yates was on loan at Meadow Lane until Wednesday, when he was recalled by Nottingham Forest and sent out to League One side Scunthorpe United, also penning a new City Ground deal.

The Magpies have moved quickly to bring in a replacement in the shape of Liverpool Under-23 captain Virtue.

"We've had some fantastic recommendations from some really good players who have been in the game," Nolan told the official Notts site.

"He trained with us today for the first time and you can see he's a real fox in the box and that he times his runs really well. He's a very good technician and passer of the ball.

"I think you'll see the better Matty Virtue in a couple of weeks' time. It's always tough when you come into a new environment but you can already see he's more than capable.

"We're hoping when he crosses that white line it suits him and we start taking him on an upward curve.

"He's going to be given a great opportunity to excel here and go back to Liverpool a better player. We'll help him as much as we can."

When asked by the Nottingham Post about Yates's departure, Nolan replied:“I’m obviously disappointed to lose Ryan because he’s been a major part of our squad in the last six months. He’s done really well for us.

“It’s brilliant for him that’s he’s earned a contract over the road on the back of what he’s done here. I’m absolutely delighted for him, and wish him well going forward.

“It come as a surprise because we wanted him for the year, but that’s football. He was given a decision to make, and he’s made his decision, so all we do is wish him the best.”