Kevin Nolan: "We were below our normal levels" 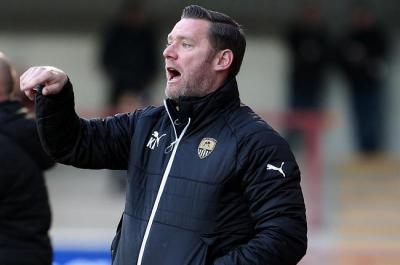 Kevin Nolan has acknowledged that Notts County "were below our normal levels" in the 1-0 loss at Swindon Town but believes there wasn't much between both sides.

The Magpies' superb 2017 ended on a sour note as they relinquished their League Two unbeaten run at the County Ground thanks to a Luke Norris goal early in the second half.

"It's disappointing to end the year with a defeat because there was nothing really in the game," Nolan told the official Notts site.

"The conditions were tough and they mastered them a bit better than we did. It spoils games and was a big factor. We couldn't get to grips with it in the first half and we were below our normal levels.

"But I think we more than matched Swindon but conceded a sloppy goal because of poor defending, which we were punished for. They didn't have many chances and hit us on the break.

"We had a good spell at the end where we could have taken a deserved draw but the goalkeeper makes a fantastic save."